Feed, a young adultish novel written by M.T. Anderson, is the first ever OJPL Book of the Month. This means that the OJPL officially recommends that people read this book because the OJPL thinks that this book is rather very good and also that this book and the reading thereof represent and further the mission and values of the OJPL.

The book is one of the best depictions of the insanity of USAmericans, consumer culture, and The Market that the OJPL has read in a long time. It is also a teenage romance novel. It is humorous, engaging, sad, and thought provoking.

The world of Feed is a logical extension of U.S. technological and cultural progress, to the point where the oceans are completely dead, everything is privatized, and people are continuously tapped into the Feed through computers surgically implanted in their heads. And everything goes on as normal. 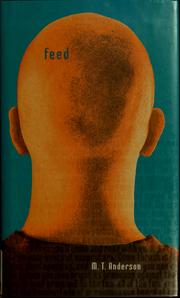