Once upon a time, there was the OJPL.
The OJPL was (in fact?) a subset of Orange Juice in the Northeast..., which is, apparently, a horse of a different color.

The Evolution of the OJPL 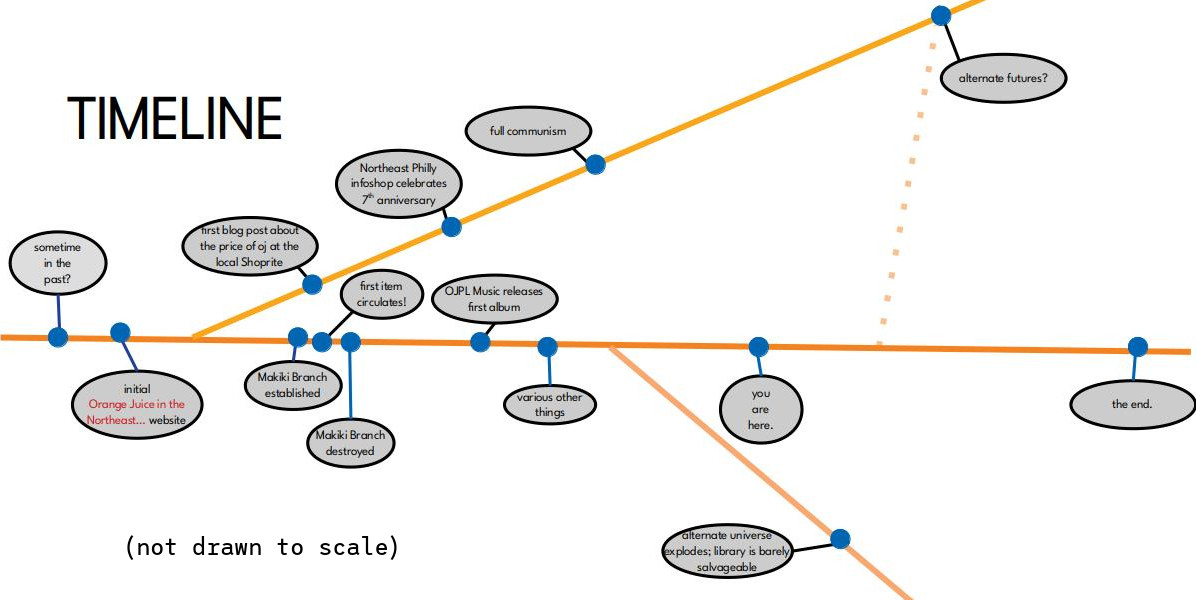 In a time before now, for a period lasting perhaps three or two odd years, the Orange Juice Public Library led an imaginary nameless existence, physically manifesting itself in a room in the Philadelphia (east coast north America) suburbs (Langhorne/Feasterville) not too long after. It was with the establishment of the Makiki branch by the OJPL Director of the Creation of Library Systems (OJPL-DCLS) that the OJPL really began to take shape. However, due to the existence of landlords and other such capitalist degenerates, the main branch of the OJPL has found itself in a state of persistent relocation. Nevertheless, this has not prevented the recent establishment of multiple non-imaginary branches spanning across the Pacific. With circulation at an all time high, and new library features being added on what some might construe to be a regular basis, making pretend you had your own library system while the world around you goes to shit never seemed more promising.
Q. I recently found your library and am interested in hearing how it received the name. What is the significance of orange juice to the founder?

A. Many patrons seem to be under the misconception that the OJPL has some sort of "founder" that "created" it, when it is quite obvious that the OJPL has always existed. Before there was time, there was the OJPL. Philosophers and theologists from time immemorial have debated the nature of the OJPL, its ontology and its cosmology, not to mention its epistemology. While certain schools of thought tend to use the OJPL as a proof of God (known as the OJpological Proof) or use the OJPL as a tool to pursue wacky political agendas (usually involving unripened fruit), more serious scholars have come to recognize fundamental realities that are best communicated to human minds through the metaphor of juice that comes from an orange. While debates on topics such as "where does the OJPL get its name?" might be engaging, let's say, as a form of intellectual masturbation, you might as well be asking "why is the sky blue?" or "what is the meaning of life?" I mean, who cares, right, as long as there is plenty of terror porn to go around. We here at the OJPL do not question the OJPL. It exists because it exists. And it could only be called the OJPL, because that is its name. It's like the chicken and the egg. Right? You know, only with oranges.
ma ka ʻōlelo Hawaiʻi ma ka ʻōlelo Haole
⬆